Our journey begins with a simple, elegant flower that represents perfectly  how “little things” can be so powerful in our lives. 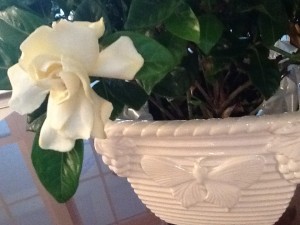 White petals nestle together among the dark green leaves and a sweet floral scent draws you forward to take a sniff.  Ah… there is a depth to the scent that creates the need to sniff once again. It is sweet, floral and oh so beautiful.  You lean forward…

One thought on “The Little Things”